The Flag Code states that when the flag is no longer a fitting emblem for display, it is to be disposed of by burning in private. 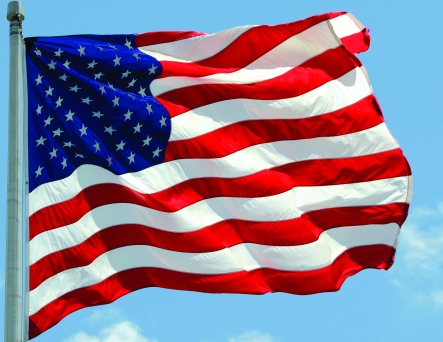 The Flag Code suggests that when a flag has served its useful purpose, “it should be destroyed, preferably by burning.” It has never included the words “private” or “in privacy.” Many American Legion posts conduct disposal of unserviceable flag ceremonies on June 14, Flag Day. Such ceremonies are particularly dignified and solemn occasions for the retirement of unserviceable flags.

Anyone can order the flag to be displayed at half-staff.
The flag is flown at half-staff from sunrise until noon on Memorial Day and by order of the president or a state governor. On occasion, heads of several departments and agencies of the U.S. government may direct the flag to be half-staff if deemed proper to do so.

You must destroy the flag if it touches the ground.
The Flag Code states that the flag should not touch anything beneath it, including the ground. This is stated to indicate that care should be exercised in the handling of the flag, to protect it from becoming soiled or damaged. You are not required to destroy the flag when this happens. As long as the flag remains suitable for display, even if washing or dry-cleaning is required, you may continue to display the flag as a symbol of our great country.

A flag used to cover a casket cannot be used for any other proper display.
There are no provisions in the Flag Code to suggest this. It would be a fitting tribute to the memory of the deceased veteran and his or her service to a grateful nation if the casket flag is displayed.

You can’t fly the flag at night.
The Flag Code states that it is custom to display the flag only from sunrise to sunset on buildings and stationary flag staffs in the open. However, the flag may be displayed twenty-four hours a day if properly illuminated (so that it is recognizable by the casual observer).

You shouldn’t wear an item of clothing that looks like the flag.
Unless an article of clothing is made from an actual United States flag, there is NO breach of flag etiquette. There is nothing wrong with wearing or using items that look like the American flag.