Some heroes have four legs 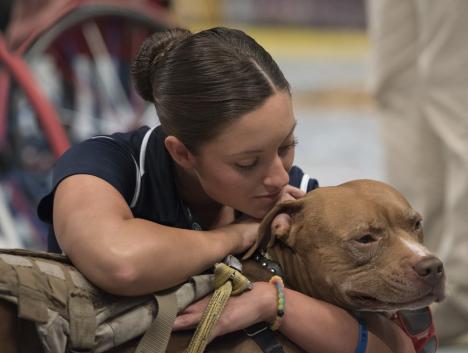 When we envision the people protecting our country, men and women in the Air Force, Army, Coast Guard, Marine Corps, and Navy often come to mind. However, our country is also protected by dogs who serve in war zones and help their human counterparts.

Military working dogs (MWD) have been serving our country since World War I. Here are five things you might not know about these furry heroes.

“These dogs act as a first line of defense against enemy threats because they can smell things and go places that humans can’t.” —Tech. Sgt. Roseann Kelly in the foreword for Dogs Who Serve: Incredible Stories of Our Canine Military Heroes.

For more information, check out the February 2017 issue of Auxiliary magazine.