Military caregivers discuss what works for them

Looking back is not an option

Sarah Martinez is a military caregiver for 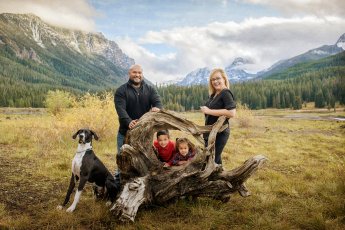 her husband, Saul, who was injured after his deployment to Iraq in 2007. Saul was in a convoy of Humvees when the vehicle he was riding in ran over an improvised explosive device. He lost both of his legs to massive injuries and now suffers from traumatic brain injury (TBI) and post-traumatic stress disorder (PTSD). Martinez encourages her husband to help them all get on with life, as she puts it.

“I never gave him the option of feeling sorry for himself,” Sarah Martinez said. “This is our life now. We’re not looking back at what life was like before, wondering, ‘What if it were different?’ That’s not going to help anyone.”

Don’t be afraid to ask for help

Jennifer MacKinday is a caregiver for her brot 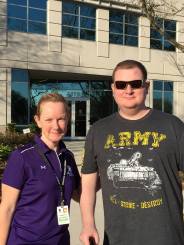 her James. MacKinday noticed something was wrong with her brother when he returned home. During his service, James was exposed to a series of explosions, small arm exchanges, mortar rounds, and barrages of blasts. Years later, medical tests revealed sustained damage to the frontal lobe and spinal cord; moderate TBI; cognitive and visual vestibular impairment, a disorder that causes balancing issues; and a previously undiagnosed brain bleed that had deprived him of oxygen–similar to having a stroke.

MacKinday said it’s important to take the first step and ask for help.

“Find people in your community who understand the experiences you’re going through,” she said. “Contact a veterans organization, like The American Legion and the VFW. If you don’t have an organization in your community, connect online. There are a number of places online where you can get support.”

Identify yourself as a caregiver

Liz Hunt is a military caregiver for her husba 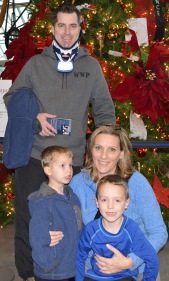 nd, Rob Fidler, an Army veteran who served for 28 years. During his time in the military, Rob served in special operations and sustained injuries in combat situations throughout his career, although you would never know it. Liz says Rob is a classic case of “invisible wounds,” and many people don’t realize it. In addition to severe migraines and post-traumatic stress disorder, Rob has traumatic brain injury, a damaged spine, and nerve damage.

It is this type of situation that makes it difficult for some people to identify as caregivers.

“I don’t think it’s denial. I think people have an idea in their mind of what a caregiver is—someone who is caring for someone with visible, physical wounds,” Liz said. “For post-9/11 veterans, a lot of them are dealing with invisible wounds like PTSD.”