Today is National POW/MIA Recognition Day, which falls on the third Friday of September. More than 83,000 servicemembers are still classified as either prisoners of war (POWs) or missing in action (MIA).

It seems fitting that today we begin this blog series, an adaptation of an article that originally appeared in the August 2015 American Legion Auxiliary Magazine. Look for the remaining parts of this blog series in the days and weeks ahead.

Residents of a small Wisconsin community lined the streets on a warm summer day in 2013, many of them waving American flags to honor the return of one of their own. It was a bittersweet homecoming, one that had been anticipated for more than 46 years. U.S. Marine Corps Lance Cpl. Merlin “Merl” Allen had been among the 1,600 still missing from the war in Vietnam until a Marine recovery team finally identified his remains after several failed attempts.

When Allen’s surviving family members were informed that he finally would be coming home, they were all shocked, said his older sister, Marilyn Neff. It was 1967 when Allen’s family was told he had been killed when his helicopter was attacked by enemy fire. Even worse, his body had not been recovered from the crash site. “It was devastating,” Neff said. “We were never the same.”

Today, Allen is buried alongside his mother and father in his home state of Wisconsin. “We, as a family, never forgot [Merl], so it was nice to know that his country never forgot him as well,” Neff said. 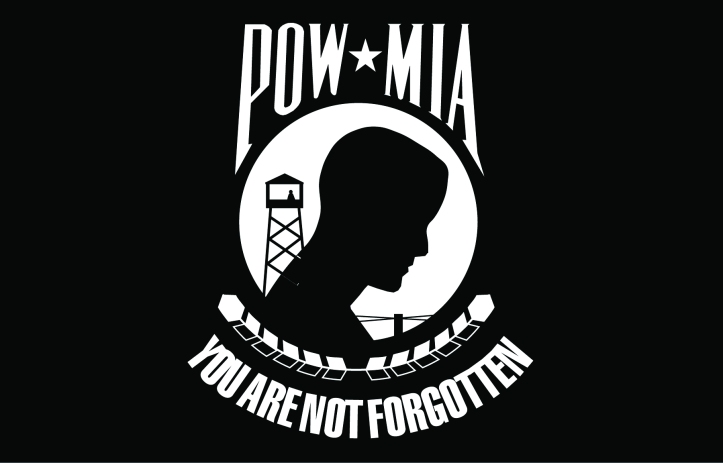 While Allen’s surviving relatives and friends were able to honor him with a service that included a 21-gun salute, relatives of more than 83,000 servicemembers remain in the dark — months, years, and decades after they went missing during World War II, the Korean War, the Vietnam War, and the wars in Iraq and Afghanistan.

Like many other members of the Auxiliary and other organizations, Laura Mosby — an American Legion Auxiliary Department of Missouri member and 2014-2015 national Central Division vice president — has been active in keeping alive the memory of our nation’s Prisoners Of War and those Missing In Action. For the past several years, she has been wearing bracelets that honor the memories of POW Col. Charles E. Shelton and his wife, Marian — who devoted 25 years to trying to find information on Shelton’s whereabouts.

Mosby said the thought of being in that position haunts her.

“I don’t personally know anyone who is MIA. I can’t even remotely begin to think about how it would feel,” Mosby said. “To receive a knock on your door from someone who tells you a family member has gone missing: That has always been something I can’t even fathom. You have no idea whether your loved one is alive or dead.”