Strength in mentorships: How one American Legion Auxiliary member is making a difference in the life of a teen

In 2014, I met this amazing lady named Pat Jarvis, and we instantly became very good friends. Mrs. Jarvis is a Navy veteran whom I think is pretty awesome! She changed my life for the better. A year before I met her, I was diagnosed with depression, and I thought I could never be the strong person I am today. I didn’t really do a lot before meeting her and joining the American Legion Auxiliary. I was just in school. Then, she invited me to an ALA meeting.

After I became honorary Junior president for the ALA Department of South Carolina in 2016, Mrs. Jarvis took me under her wing and taught me as much as she could about the Auxiliary. She taught me how to properly conduct an Auxiliary meeting, how to work the Membership and Leadership programs, how to be a good role model for others, and basically how to be a strong woman. She picked me up for district meetings. I ended up going to all but one district meeting in South Carolina. 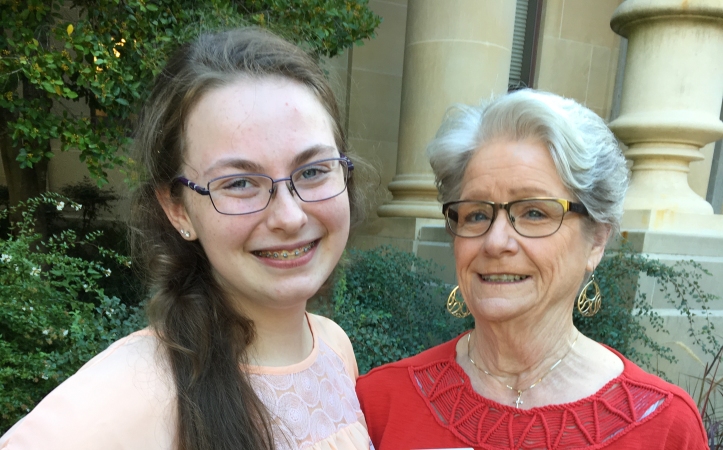 She uplifted me in everything I did. She encouraged me to be myself, to be strong, to power through the hard times, and to never give up. She taught me how to shake a hand, how to be polite, and basically how to be an adult in any situation. She told me: “No matter what happens, put all of your heart into it and it’ll be fine … it’ll be awesome.”

Thanks to her, I am a strong and confident woman. She helped my faith grow immensely! I am so thankful that God decided to put her in my life, and I am forever grateful to Him!

I had, and still have, the best time with her. Today, almost four years later, we still FaceTime and talk every week. We go on trips together for the Auxiliary, and we just have fun in general.

If I had to tell Juniors one thing about finding a mentor, I would say, “Find someone you can be yourself with, and who loves you for who you are.”