The many ways American Legion Auxiliary units are commemorating our centennial

Though our birthday officially was in November, the celebration of our centennial continues throughout this administrative year. ALA units are finding a variety of ways to celebrate the Auxiliary’s major milestone: a century of service to veterans, the military, and their families; and to youth and local communities. Read on to learn about some of the ALA mission-based ways Auxiliary members are celebrating our centennial year. 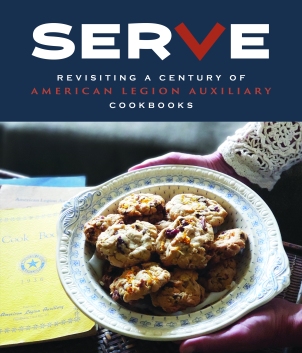 Cookbooks can be great meal starters. American Legion Auxiliary Unit 1879 at Colorado State University says their commemorative cookbook can also be a conversation starter — especially for ALA members trying to connect with veterans, military, and their families from various backgrounds and generations.

“Food serves where words fail us. This is a timeless, universal way for people to connect to one another,” said Unit 1879 Secretary Ann Diaz. “Sprinkled between our recipes are food stories from veterans to inspire communication and bridge generations.”

The recipes in Unit 1879’s Serve: Revisiting a Century of American Legion Auxiliary Cookbooks are from previously published ALA unit and department recipe books. For decades, community-level ALA members have put together and sold cookbooks as fundraisers, with proceeds used for programs and activities that support or honor the ALA’s mission.

Serve contains at least one recipe from all 50 states plus Puerto Rico, representing numerous eras. The oldest recipe dates back to 1919, and the most recent one is from 2018. Most recipes were drawn from the 86 vintage ALA cookbooks donated or loaned to Unit 1879 for the project. There was at least one cookbook from nearly every department. Co-managed by Unit 1879 President Karen Boehler and Diaz, the project took two years to complete.

“Serve honors those who have sacrificed as part America’s military over the past 100 years, and recognizes those ALA members who spent hours creating cookbooks in which they shared their well-loved recipes,” Boehler said. “ALA members across America have collaborated with us to locate cookbooks, test recipes, and share their excitement about this labor of love.”

For more information about Serve, including the cookbook’s cost and how to order it, visit www.alaservecookbook.com or email the unit at ala1879csu@gmail.com.

Unit 1879 has a unique place in the history of the American Legion Auxiliary. To date, it is the first and only ALA unit that is college campus affiliated. Unit 1879 at Colorado State University is affiliated through the school’s Student Veterans of America chapter. 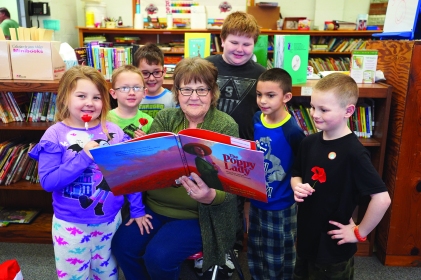 Nestled in the small rural community of Natoma, Kan., is yet another testament to the American Legion Auxiliary’s long legacy of honoring and supporting veterans, military, and their families; mentoring youth; and promoting patriotism.

“One way to honor our history is to preserve it by passing it on to children. It’s training a new generation to understand the cost of freedom and the special meaning of the red poppy. We’re planting the seeds through this wonderful book,” said Unit 109 President Laah Tucker.

Unit 109 Vice President Mary Murphy, also the elementary school’s librarian, told the children about Michael’s dedication to World War I veterans, widows, and orphans by wearing a handmade red poppy in remembrance until she died. Murphy also explained that the red poppy is the official flower of the ALA and The American Legion. She also shared that we wear poppies to honor America’s fallen military heroes and in support of our nation’s military, veterans, and their families.

And, Murphy told the children — in terms they could understand — how the ALA distributes red crepe paper poppies in exchange for donations, with all money collected directly supporting veterans, military, and their families through ALA’s many programs. In Kansas, thousands of red paper poppies are handmade by veterans. Those poppies are distributed throughout Kansas and in some other states.

The reading program was only a part of Unit 109’s centennial celebration. There was also a special supper and other assorted events and activities to commemorate the ALA’s major milestone. 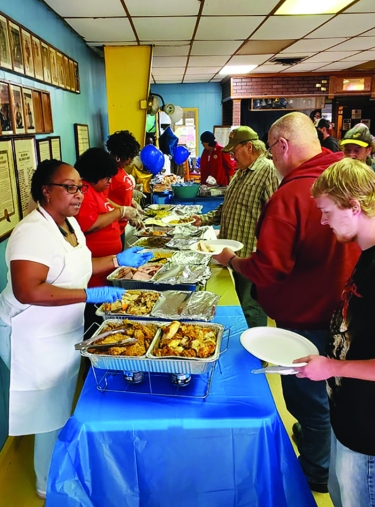 In celebration of the ALA’s 100th anniversary, Auxiliary Unit 94 in Leavenworth, Kan., hosted an early Thanksgiving Dinner at Post 94 for the area’s homeless veterans Nov. 10 — the ALA’s 100th birthday. That day, 55 meals were served to homeless veterans. There were also 15 meals served to veterans who live at a local Veterans Affairs residential facility. Also treated to a holiday meal during this event were several other homeless individuals who are not veterans. As part of the event, Unit 94 members distributed thank-you bags to the veterans served, and others in need. Bags contained winter necessities such as hats, gloves, scarves, socks, and throw blankets.

American Legion Auxiliary Unit 459 in Grand Rapids, Mich., honored the ALA’s centennial by donating money to the local court specifically for veterans. There is a dollar amount on the check given to the local court, but the value of the message on the handwritten note that accompanied the check is priceless. The note, penned by Unit President Margo Forrester states: Dear FVTC (Friends of the Veteran’s Treatment Court), The National American Legion Auxiliary is turning 100 on Nov. 10, 2019. In honor of this milestone, the Northeastern Unit 459 would like to donate $250. We love our veterans!

Festive celebrations are occurring as well throughout various ALA units and departments. Visit Facebook.com/alaforveterans to see the fun and creative events and activities. 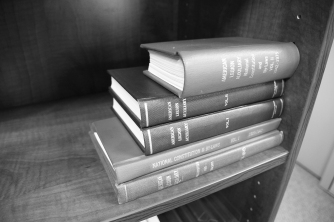 The national Community Service Committee was established in 1926, during the term of Past National President Adalin Macauley of Wisconsin. At various times throughout the ALA’s 100-year history, the Community Service Committee carried out numerous programs — including one aimed at establishing libraries, or improving existing ones, to make books more accessible to the public. 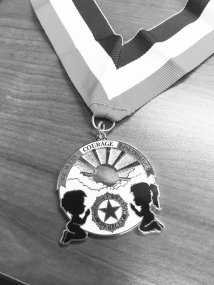 The American Legion Auxiliary’s Children & Youth Program started out as “Child Welfare” in the 1923-1924 ALA administrative year and was changed to “Children & Youth” in the 1970-1971 administrative year. The ALA’s Youth Hero Award, which recognizes someone younger than 18 who performs a heroic act of bravery, became part of Children & Youth in 2002-2003. The Good Deed Award was added shortly after to recognize youths who contribute through community service. In 2013-2014, the Kids of Deployed are Heroes Too (KDH2) initiative was started to help military kids feel special, and not ignored, when their family member is deployed. 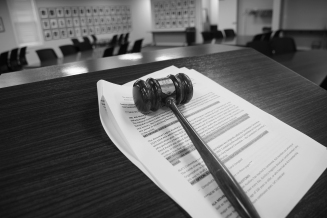 Just as the American Legion Auxiliary has reached its centennial, ALA members are arriving at major milestones of their own every day. Auxiliary magazine showcases current members who either have reached an age of 100 years or older, or who have had an ALA membership anniversary of 75 or more continuous years. Let’s celebrate!

At 107 years old, Helen Cypher of Cabot, Pa., is known for many things. She’s been an American Legion Auxiliary member for 72 years. She was a teacher for 40 years, much of that time spent in a one-room schoolhouse before moving into an elementary school building. And until her recent relocation to an assisted living facility, she lived in the same house for 79 years.

But what Cypher is best known for in her community is her homemade cinnamon buns and rolls, baked breads, dinner rolls, and sweet rolls.

“Cooking and baking for the [Legion Family] dinners, and for bingo” are among her favorite ALA memories, said Cypher of Unit 683 in Saxonburg. Cypher also baked for her church, St. Joseph Roman Catholic Church, which occasionally serves dinners to those in need. She made bread for some of those meals also.

“Her buns and cinnamon rolls are the stuff of legends. But baking aside, Mrs. Cypher has set an example of dedication and hard work for our Auxiliary unit. She was still taking tickets at our dinners and bingo nights when she was 100 years old,” said Jill Cavalero, president of Unit 683. “Mrs. Cypher is an inspiration to the next generation.”

A connection among people from different generations who come together under a common cause of selfless service is what the ALA means to Cypher. “It is the place where the old and young work and learn from each other,” she said.

Days after turning 107 on Sept. 5, Cypher met with Unit 683’s Junior members. There is a photo of her with several Juniors flocked around her, and another of Cypher holding a small American flag and large teddy bear covered in a red ALA Juniors T-shirt.

Into the hands of younger generations within her local Legion Family, Cypher entrusted her coveted recipes which she said she got from her mother, Salina Denny. Legionnaire Andy Durand baked her cinnamon rolls and buns for several years before handing the recipes over to Cavalero. This past summer, ALA Junior Daisy Curran began learning how to bake the buns.

“The ALA — it was a way of life for our mother,” said Cypher’s daughter Sandy Grau of Midlothian, Va. “Love your God. Love your country. She has been doing them both.”

Cypher joined the ALA in 1947 under the military service of her husband, World War II veteran Philip Eugene Cypher. He served in the U.S. Army. The couple had two children: Grau, and U.S. Air Force veteran Philip Dennis Cypher of Freeport, Pa. Their son served in the Vietnam War.

Is there a member in your American Legion Auxiliary unit who has turned 100 years old or older, or who has an ALA membership anniversary of 75 or more continuous years? With that member’s permission, tell us about it! He or she may be showcased in Auxiliary magazine. Submit information to ALA National Headquarters using the online form or by contacting us at 3450 Founders Road, Indianapolis, IN 46268.

This article was originally published in the February 2020 Auxiliary magazine.