Walking in the shoes of a military spouse

Auxiliary magazine, the quarterly national publication of the American Legion Auxiliary, paid tribute to spouses of U.S. servicemembers with a May 2020 feature article (page 30) that told the stories of three military spouses. The article was written in appreciation for the many sacrifices these individuals make when their loved ones are away, serving our nation. The ALA will occasionally feature more of these stories in our series, “Walking in the shoes of a military spouse.”

Sweet moments created by the shadow of war 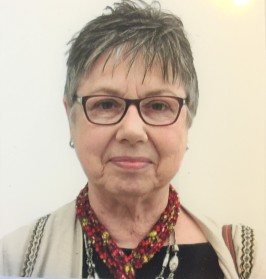 Once upon a time, I was a U.S. Army wife. I grew up as a World War II Navy brat. During the Vietnam War, I became an Army wife. My fiancé, John D. Frey, couldn’t find a job after he graduated from college because potential employers feared he would be drafted. So John went to an Army recruiter and signed up to be a transportation officer with basic, advanced and officers training to take up most of the first year of his three-year enlistment. We married while he was home on leave during Christmas 1966. I came home alone from our honeymoon after dropping him off at the airport.

With my encouragement, my husband’s dream sheet — an assignment request form filled out by all military trainees — included a possible assignment to Germany where I could practice my German language skills and he could compare German and American agricultural operations. Despite all of the odds against that happening, my husband was one of a handful of graduating Army Officer Candidate School (OCS) second lieutenants at Fort Eustis in Newport News, Va., to get orders for a military station in West Germany. He declined, adding a year of enlistment to his contract to get concurrent travel orders for his spouse, citing that his wife could easily figure out how to get to Germany on her own and live “on the economy” (which I did).

It was two years of memories I still treasure. Although I missed my husband during the never-ending field maneuvers at Grafenwoehr U.S. Army Training Base (in Grafenwoehr, Bavaria, in Germany), I felt it was my duty to entertain myself and survive as independently as possible. I enjoy reading, and Kelley Barracks there had a library full of books. I sang in the chapel choir, and belonged to the Officers Wives Club, where I met other young women whose own careers had been put on hold because of the Vietnam War and the draft. Through a membership in the Stuttgart German-American Club, I enrolled in German language classes and immersed myself in local culture.

During one of the rare weekends my husband could get leave, we explored Berlin. The city was divided by a wall, but military personnel and their dependents could still pass from one part of the city to the other through Checkpoint Charlie. On another weekend, we drove through the rural areas of the Swiss Alps, stopping for a picnic by a cold mountain brook. A longer leave allowed us to learn to ski at a military resort near Salzburg, Austria.

I extended the boundaries of my travels when I became employed as a test proctor at the local Army Education Center. Whenever possible, I filled an empty seat on the bus tours the Center’s German Language and Culture class sponsored to explore iconic West German landmarks. One trip even included a walk across a bridge into a sliver of Czechoslovakia that preferred to ignore its recent occupation by Soviet forces. Now older and wiser, I wonder how we avoided an all-out-war with the Soviet Union in those turbulent times of a divided Germany.

At holiday time, my husband and I filled our Stuttgart apartment with married and bachelor officers living alone on base far from their families. They decorated our Christmas tree and brought us bottles of wine from local vineyards. We shared stories of our youth and hopes for our future while cooking cubes of tender beef in a German fondue pot that still sits on my holiday table. Many of those men became lifelong friends who telephoned me to recall good times and express their sympathies when John passed away in 2018. Sweet and tender moments created by the shadow of a war.